This morning we start off in the Owner’s Lounge with a hot breakfast.  Today we are headed to Minturn Market…crafts, food, art, lots of cool stuff!  It was rainy and in the mid 50s when we left. 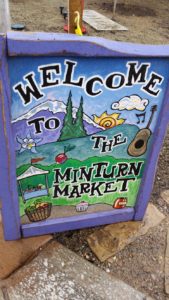 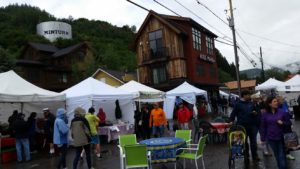 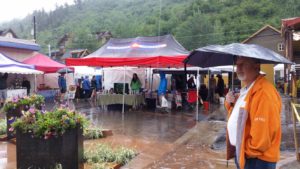 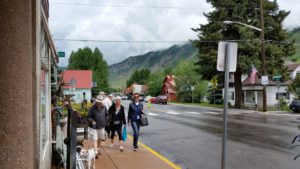 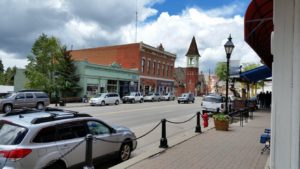 We talked with a craftsman that was from Knoxville and one that was from Asheville, NC, but graduated from Brevard College (Tim spent many of his summers as a camp counselor in Brevard).  So many dogs with their owners at this outdoor market…the most popular dogs there were black labs.  Bought some cool soaps (Hemp based organic stuff–I’m seeing a trend…) and one for Jazmine. We’ll see how that one does for her! 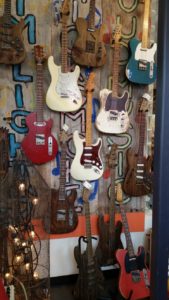 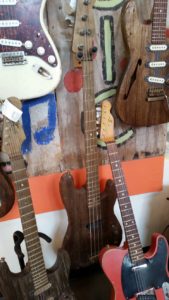 One of the neatest stores we went into had guitars and basses that were made out of wood that wasn’t polished like the ones I am used to seeing.  Some even looked like they were made out of old doors!  (Jill, John, and Dave….thought of you guys!)
Got back in the car and headed for Leadville….the highest elevation of any incorporated city in the U.S. (at 10,152 feet)  Saw so many beautiful sights on the way up there.  Not super crazy about the winding road and trying to take pics….I was a tad green along the way. 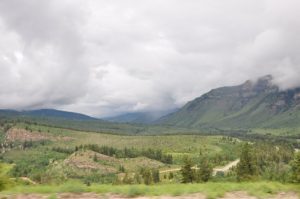 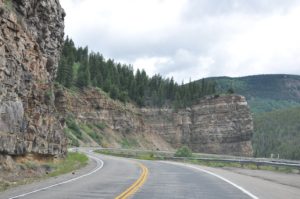 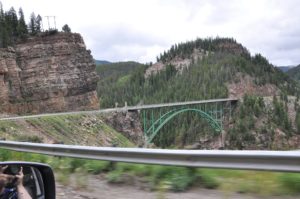 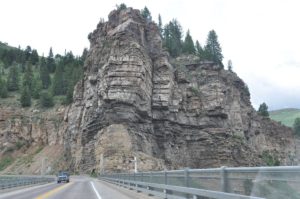 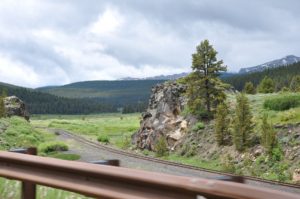 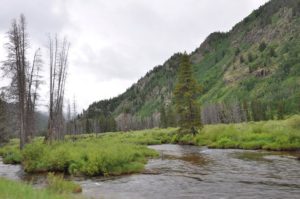 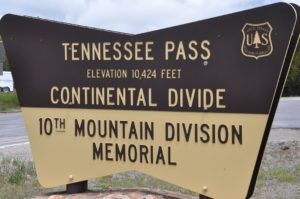 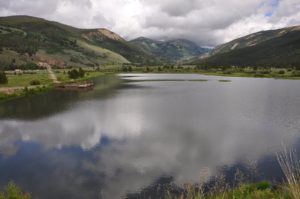 Finally reached Leadville. In the late 19th century, Leadville was the second largest city in Colorado, after Denver. Mining has been such an integral part of this area that there is a National Mining Museum nearby. Doc Holliday lived and worked (and had his final gunfight) here a few years before he died. This place has a lot of “Old West” history. 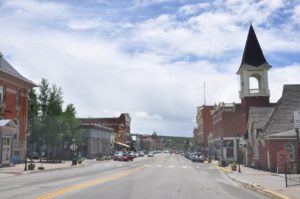 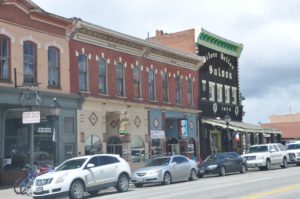 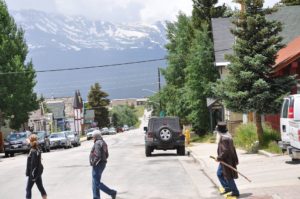 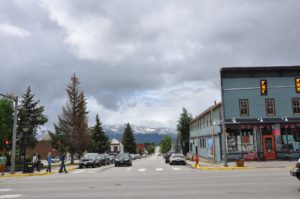 We decided to try a place called the Golden Burro for lunch. (Which itself has a long 82 year history) 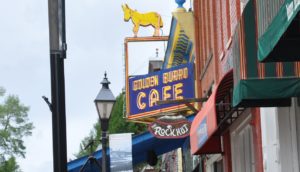 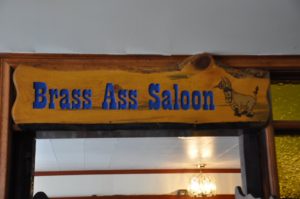 Got back to the condo to get ready to head to supper later (after a nap!)  A lot of the staff at the Avon Wyndham (and my Mom) had recommended Northside Kitchen.  They had a 3 course meal…. We opted for the prime rib.  Enjoyed some tuna tartare, wonderful rolls, and brought my dessert back for later.  Tim had a berry cobbler…blue and black…that was served in a small Mason jar.  The prime rib was tremendous! 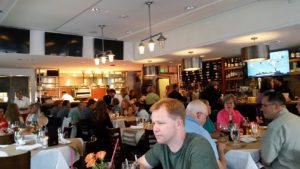 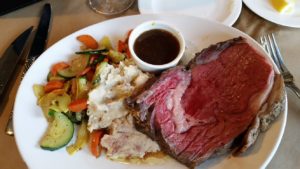 Back to the condo to start packing to head to Bryce Canyon tomorrow and then our stop tomorrow night will be in Las Vegas!