This morning we set the alarm for 5 am.  We have a 9 hour drive with no allowances for any stops….PLUS we will lose an hour.  We are headed to my aunt and uncle’s home in Edmond, OK which is a few miles north of Oklahoma City.

After a quick run into the Taos McDonalds’ we are on our way to Oklahoma.  We go a different way out of Taos than we came in.  I believe this is part of the 80-mile loop around Taos that has scenic views along the way. (I recently learned that this route was part of the original Route 66. In the 1930’s, this northern extension was eliminated when the road was straightened to mostly East/West through Arizona. This route sends us through the beautiful scenery of the Carson National Forest.) 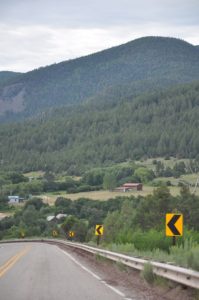 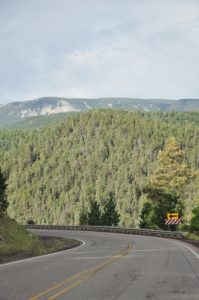 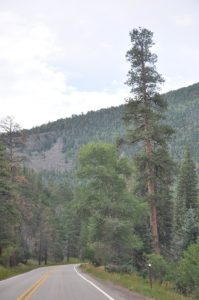 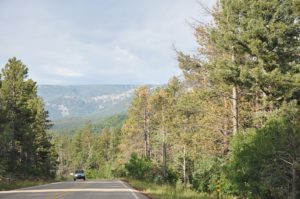 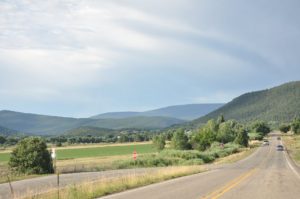 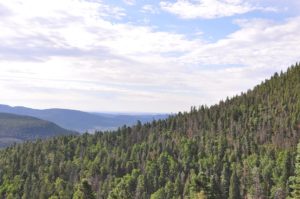 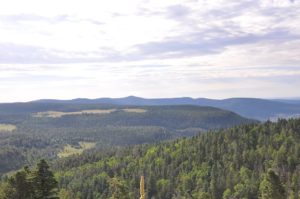 We are finally on flat, straight roads in the Las Vegas, NM area.  We gas up outside a Walmart.  We head inside of Walmart and find a few items Kevan had told me about for Isaiah’s birthday.

We decided to hit an Arby’s for lunch I think near Amarillo.  As we were getting close to our exit, I glanced over to the right and saw something strange in a corn field.  Turns out we had just passed the Cadillac Ranch that was mentioned on roadsideamerica.com.  So I exited the interstate, and we went back!  Tim got out of the car, got a few pictures (using the zoom lens — I didn’t feel we had the time for an extended visit, plus, it was hot) and then we continued on to a couple exits down the interstate for Arby’s. 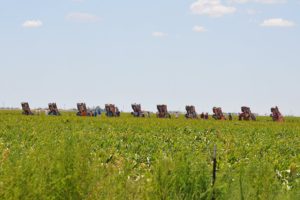 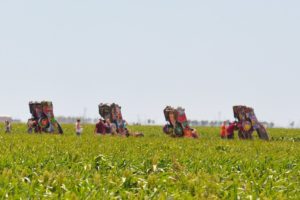 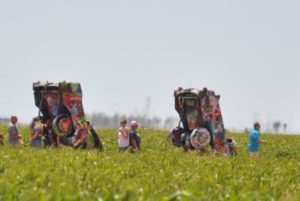 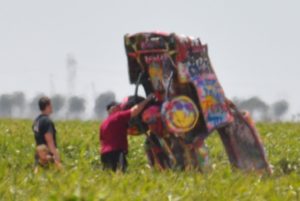 I managed to turn left too soon and ended up on this crazy frontage road setup.  Had to do some back tracking, but we ended up at Arby’s and had a late lunch.

We called Connie and Paul around 5pm when we got to the Oklahoma Welcome Center.  We told them we should be at their home around 7:15. 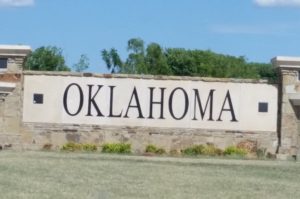 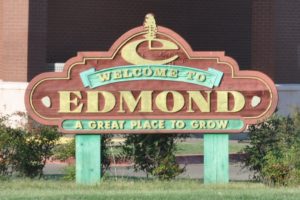 We pulled into their driveway at 7:10 and headed into their home.  I got to see my cousin, Beth, for the first time in 23 years.  Wow.  That was crazy we hadn’t seen each other in such a long time.  What was so wonderful was we didn’t miss a beat and it was like we saw each other yesterday!  I hadn’t met any of Beth’s family, so Tim and I got the opportunity to meet her husband John, and two of their kids—Hannah and Jacob.  One of Hannah’s friends was at the house too!  We all piled into cars and headed to a restaurant/ice cream shop called Braum’s.  This place was amazing!  Connie and Paul had told us about the restaurant and it did not let them down at all!  The burgers reminded us of In-n-Out.  The ice cream selections were amazing!  We were so stuffed when he headed back to their home.  We sat around talking and catching up until around 11 and then called it a night. 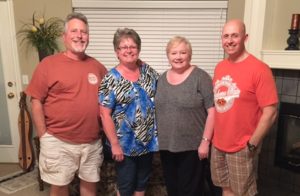 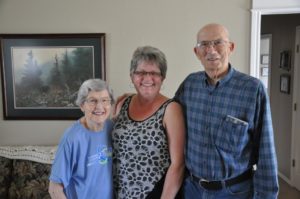 This is the second time Tim and I have stayed with Connie and Paul and have just thoroughly enjoyed our time together.  It was amazing how there was never a lull in conversation!  We just felt so relaxed, rested, and welcome there!  Thank you all for ‘cooking supper and making ice cream for us!’  I wish we all lived closer to each other!!!