Tim was up first again this morning.  He has been working on catching up on the blog while I fix breakfast.  Tomorrow is our 11th anniversary…so we have chosen to take the train through the Verde Canyon tomorrow.  Sounds like a wonderful experience and another opportunity for pictures!!!

Today we are planning to spend time around Sedona and just drive around ourselves to see what is interesting.  After getting some ideas from John Edel before we left and from people we have met so far here, we should have the next few days filled with opportunities to experience some very cool things in this beautiful area!

We start out for lunch and end up at Famous Pizza and Beer down the street from where we are staying. 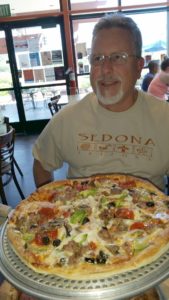 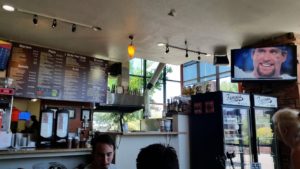 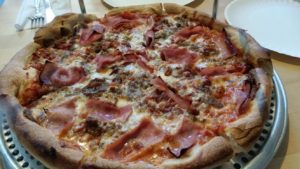 Got tickled at a woman there enjoying a pizza like Tim ordered….she wanted to see his reaction to the first bite!  The pizza was wonderful and we have leftovers for breakfast and/or lunch!

Came back to the condo, left our pizza in the fridge and decided to change our itinerary for the day. (I had completely forgotten that I had planned to have my car serviced since it would be at the 12,000 mile point when were in Arizona. I get free servicing for 2 years, but it was Friday afternoon. There is a Subaru dealership in Prescott called Tim’s Subaru, and as cool as that would be, they had no openings until Thursday. Flagstaff Subaru said they could take care of it if I could be there by six o’clock. So, it was time to explore Flagstaff, at least for a few hours.) So after we hit the Activity Center for their ice cream social, we made our way to Flagstaff to get the oil changed, then to a pub at the Hotel Weatherford in Flagstaff called Charly’s. (suggested by Flagstaff native, John Edel) Tim ordered what Edel had suggested (The Navaho Taco)…oh my goodness…just check out the picture!  I had the French dip (insert laugh here John Johnson…). 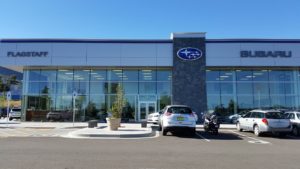 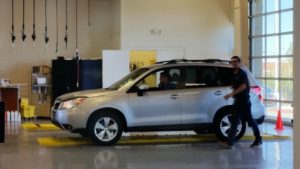 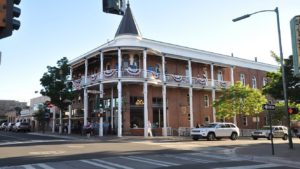 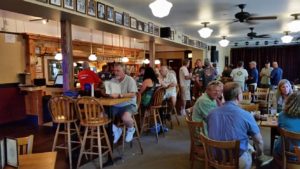 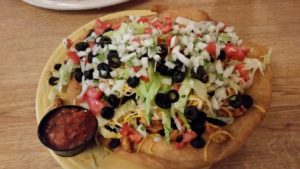 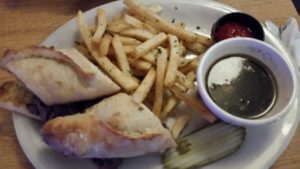 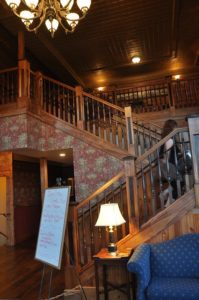 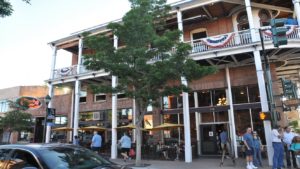 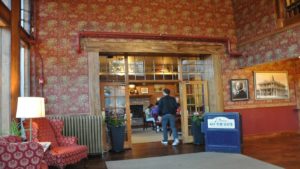 After this we went to Lowell Observatory and saw planets and stars through different telescopes stationed in areas throughout the observatory, including the famous 24″ Clark refractor, built in 1895 and recently restored. It was from here that the planet Pluto was discovered by Percival Lowell. Not many pictures here because it was dark when we were observing, of course. 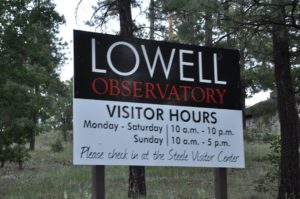 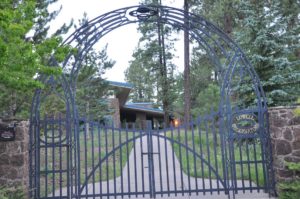 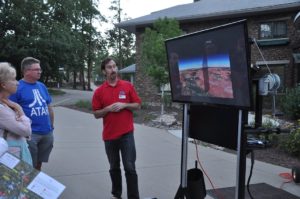 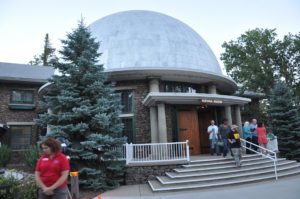 Had to do those stupid switchbacks again to get to Flagstaff today, but they weren’t nearly as bad in the daylight.  Coming home an hour later than we originally got to Sedona a few days ago was still a bit scary, but we did survive!

Another wonderful day of memories in beautiful low 90 degree weather with no humidity and no mosquitoes.  I think I could enjoy living here…..