This morning we headed out to our third update/presentation for this trip.  The guy that met with us reminded me a lot of a guy I worked with at Forest Ridge years ago.  Aaron had enthusiasm, information, and a great personality!  We enjoyed their breakfast of omelettes before the meeting.

Later in the afternoon, we headed back to KC’s for a late lunch.  We had the same waitress we had on Tuesday night, Sheryl.  She is headed this weekend for her bachelorette party in Tahoe this weekend.  She was a great waitress again today, and we enjoyed getting the opportunity to see her one more time! 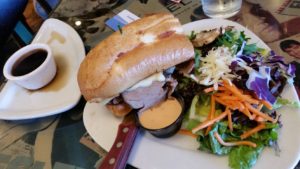 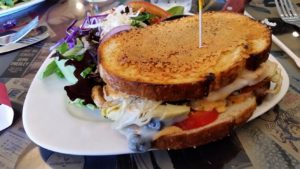 Next we headed to the Charles M. Schultz Museum.  Everything you ever wanted to know about Snoopy, Charlie Brown and the whole gang! In 1969, Charles M. Schulz, the creator of “Peanuts” (Evidently, a name he never liked), moved to Sonoma County. He lived in Sebastopol until his studio burned down, subsequently moving to Santa Rosa, where he and his family lived until his death in 2000. This is a huge museum with so much information and so many interesting displays.  One of my favorites was a far wall that had to be about 25 feet tall.  It was made up of Peanut cartoon strips (in tile) in black and white that formed the picture of Lucy holding the football for Charlie Brown to kick it!  I didn’t realize Peanuts had been around now for 65 years!  Outside they had a few statues, but the one that made me grin the most was the kite in the tree! 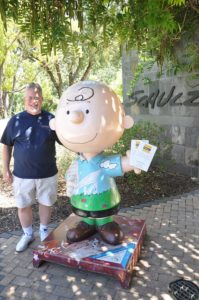 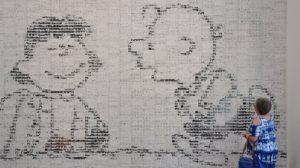 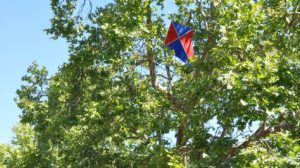 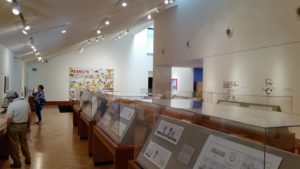 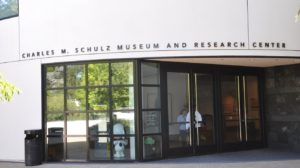 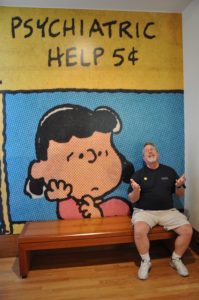 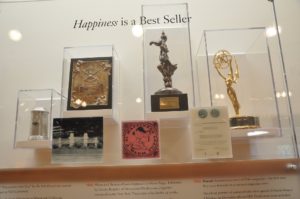 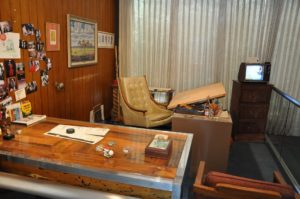 The most embarrassing moment was probably when we first walked in and all of a sudden I heard ‘that sound.’  I quickly looked to my left and there was a penny squashing machine!  HA!  A man was there with his kids talking about what a cheap souvenir this was.  I was telling him about our book to hold all the pennies and actually had it with me and showed it to him.  I think he probably thought I had lost my mind.  Don’t care.  I had fun.  Tim was prepared and the minute he saw it, he pulled out 51 cents! 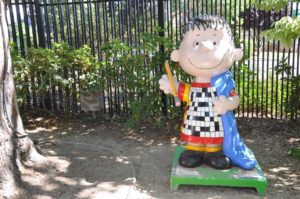 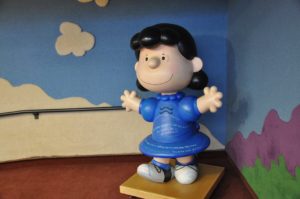 We were probably in the museum for close to 2 hours and went to a video presentation in one of the auditoriums.  Bad move.  We both about went to sleep.  One other person was in the theater and it was just so quiet and comfy….. Of course had to hit the bathroom while I was there… TMI??? … I walked into the bathroom area with blank walls and was thinking, “Really?  Such a waste with no…” and about that time I saw how they had used the same cartoon strips made of tile on the tile work in the restroom area.  Very subtle.  Very nice touch!  (Were you expecting a bathroom review reading this blog?!?!)

We left the museum and headed to Snoopy’s Gift shop across the street.  How could I be so lucky???  A SECOND penny machine with DIFFERENT options for the pennies!  There goes another 51 cents… 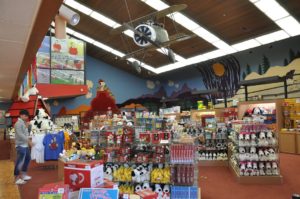 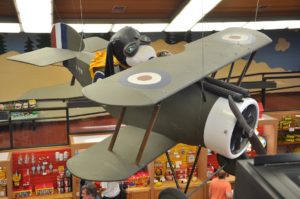 On the way back to the condo, Tim wants to take a picture of the Kendall-Jackson Winery.  We got there after they had closed, but the gift area was still open.  We stepped in long enough to get a few shots of the inside and then Tim took more pictures of the outside of the building. 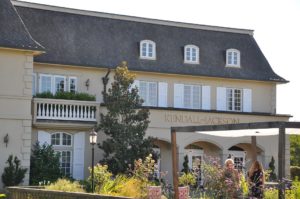 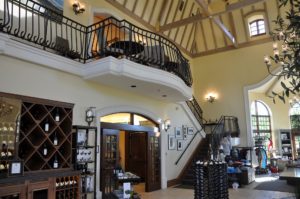 He has been amazed at how many winery places there are here.  He figured we would need to head to the Napa area to see that.  Nice we didn’t have to travel.

Tonight we try Mary’s Pizza Shack (another Jamie recommendation).  On the way there, we drive by the park area beside KC’s Restaurant.  Sheryl had told us there was going to be a 50’s/60’s/70’s cover band in the park tonight.  This place is so packed out.  No way to guess how many people are there.  Food looks plentiful there also, but parking is at a minimum.  We continue on to Mary’s Pizza Shack.  Oh my.  This is good pizza.  We have leftovers for either breakfast or lunch tomorrow.

Back to the condo to just chill.  Literally.  We have a fireplace and it was cool getting out of the car after supper.  I have the air on in the condo to where I think Tim is thinking of using the gas logs here to warm up! 🙂