This morning we get up and are packed and headed to breakfast before 8am!  Stop at a restaurant in Indio named Sloan’s.  Good breakfast….huge biscuit with gravy…eggs and bacon.

Heading to Phoenix first. On the way, we saw saguaro cactus for the first time. These things are huge, and plentiful! 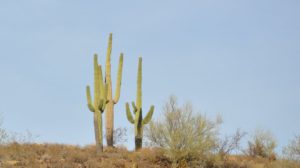 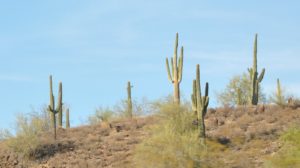 First stop is at Cooper’stown in downtown Phoenix, near the (Arizona Diamondbacks) baseball stadium.  This is Alice’s restaurant….Alice Cooper’s! 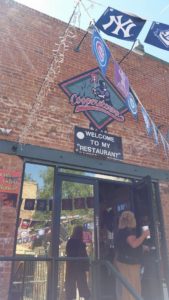 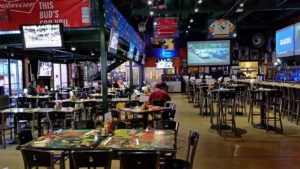 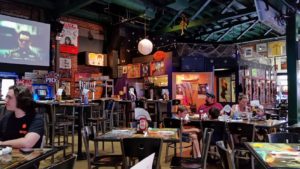 Loads of memorabilia all over this place!  All kinds of signed guitars and posters from different concerts.  The one that really caught my eye was an Alice Cooper/Frank Zappa concert.  Tickets were $2.50 or $3.00 at the door!!  Can’t remember what year that concert was….thinking in the 70’s? (That was 1972…) 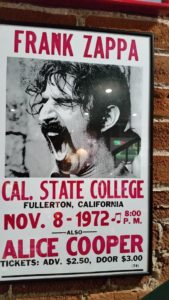 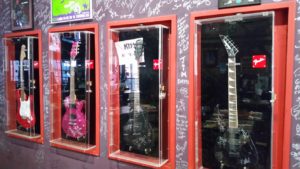 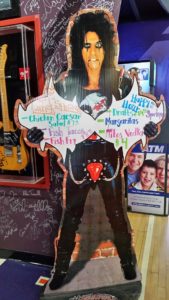 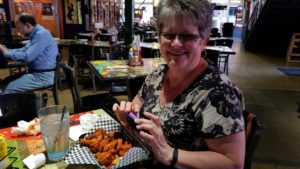 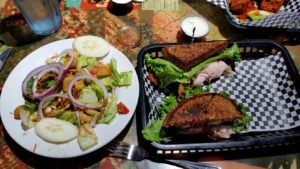 We were eating our lunch (wings and a club sandwich with a salad) when a waitress hit some alarm as she was coming out of the kitchen with one of those!  The couple sitting beside us were the ones who ordered it.  It was ginormous! We offered to take his picture with it.  Told him we wanted to show that to John Edel (who recommended this place!)  After Tim took a few pictures for them, he offered us part of it.  We declined saying we were really full at this point, but he didn’t want to take ‘no thank you’ as an answer!  So we ended up with ‘a sample’ of this which was the size of what a normal hotdog would be.  It was covered in chili, onions and jalapenos…so of course, I just watched Tim enjoy it. (I only nibbled it and saved the rest for that evening.) 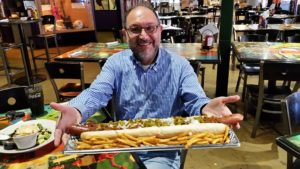 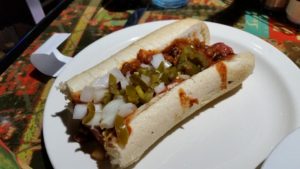 We left here stuffed.  We did end up with leftovers of everything…reckon that may be our supper tonight!

[June, 2018 update: We ran into someone recently who lives in the Phoenix area who informed us that Cooper’town has closed. Bummer.]

Got in the car and the thermometer said 122 degrees.  But remember….this is a DRY heat.  Whew.  You still sweat like a pig in dry heat…. 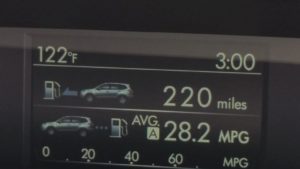 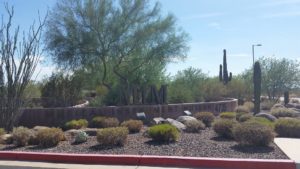 Our next stop was the Museum of Instrumental Music.  This is a museum that Jill and the CHS choir went to on her senior trip to Arizona.  It was an amazing place that displayed over 6500 instruments.  I believe the lady in the gift shop told me they have over 10,000 instruments but they change some exhibits out after awhile.  We got there right before 4:00.  It closes at 5:00.  Tim and I are going like crazy through the exhibits taking pictures.  I am pretty sure we managed to see them all.  They had headsets where the minute you were in the space of an exhibit an audio would begin to play letting you hear some of these instruments.  There were also videos showing at most of these countries and the instruments that originated in that country. 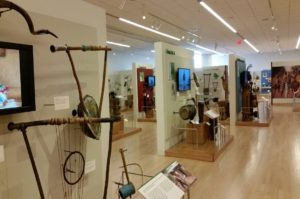 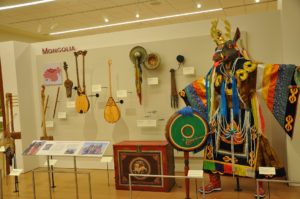 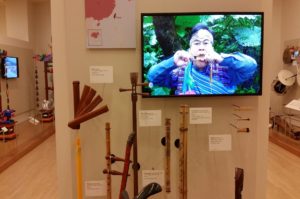 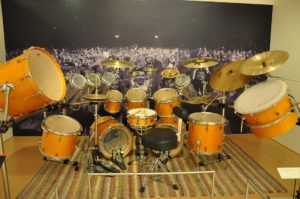 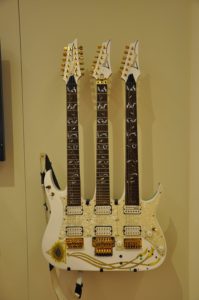 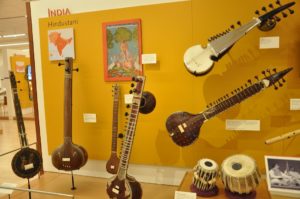 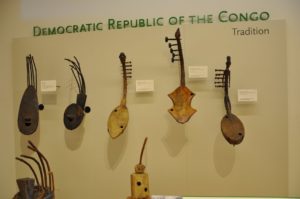 We close the museum after a stop at the gift shop and head back into the wonderful heat of Phoenix.  Our next stop will be Winslow to stay overnight instead of driving forever to Taos, NM.

We arrive at a Quality Inn for the night.  The people here are very kind and accommodating.  The hotel though is just a bit worn and needs a little TLC.  Still manage to fall asleep about the minute our heads hit the pillows!