Today we packed up to leave Windsor and Sonoma County for points south. On our way out, we had breakfast at our favorite restaurant, K.C.’s. Our server, Jordan, was just as personable as Sheryl.  We were treated to a wonderful, relaxing breakfast on the patio with a fire going next to us (It was a little chilly). Before we left, we spoke with David, the owner, and complimented the treatment we had received and offered congratulations on his management.

The plan was to pass through San Francisco, snapping pictures of some of the iconic sights on our way to Yosemite National Park, then staying the night in Fresno.

Unfortunately, due to my incorrectly programming the GPS, we were sent across the San Rafael/Richmond Bridge (which was cool enough) throwing us into Richmond, Berkeley, and (I thought) Oakland. 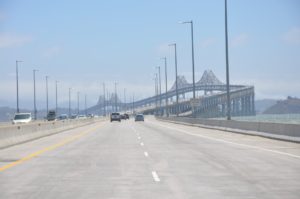 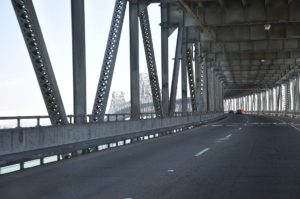 We really wanted to see the Golden Gate Bridge instead and stopped at a Shell Convenience store to get our bearings. In researching this route, after the fact, it turns out we had stopped in Emeryville–several blocks from Pixar Studios.

So we re-traced our steps back across the San Rafael/Richmond Bridge–this time on top instead of underneath, and this time in bumper to bumper traffic. Woof! We re-connected with the proper road (US 101 South) and headed back into San Francisco.

We weren’t sure we needed to cross the bridge (and receive a bill for the toll after they took a picture of our license plate), so we peeled off just before the bridge to several scenic overlooks, none of which had available parking spaces and were absolutely chaotic. I double-parked briefly so Kim could get out and snap a few pictures and move back down the hill. 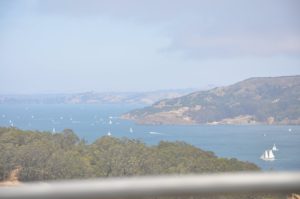 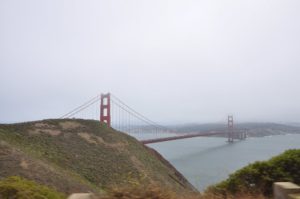 It was 2:00 by this time, so we again went north into Marin City, where we found a Panda Express for lunch and to scrutinize the map for the best route. It turns out we did need to cross the Golden Gate Bridge (Twist my arm…) and take I-580 out of town.

As we left, it was 3:00. Yosemite was still 4 hours away (without traffic) and we were still north of San Francisco. It would be almost dark when we would arrive, so we decided to head straight to Fresno and continue on without the extra stress.

The GPS was programmed for Fresno and took us over the Golden Gate and through downtown, Chinatown, and the Financial District to hook up with the San Francisco/Oakland Bay Bridge and carry us once again to Emeryville and beyond. 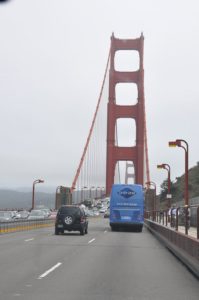 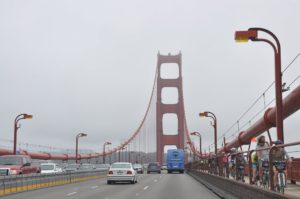 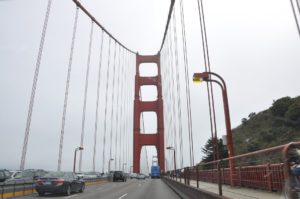 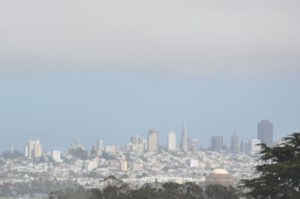 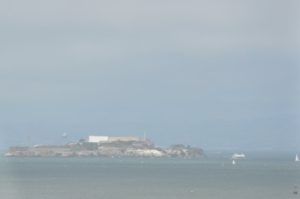 The GPS sent us down Broadway and through the heart of the city, including Chinatown. 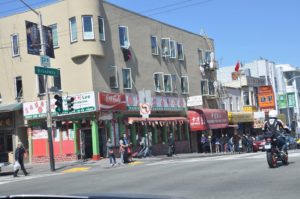 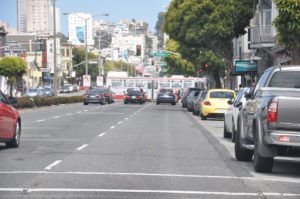 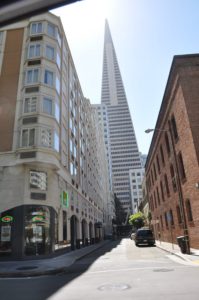 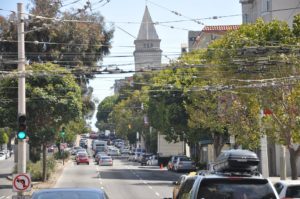 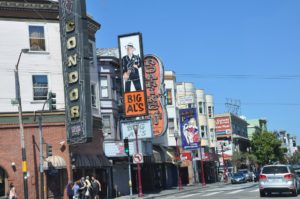 Traffic was nuts through most of this and by the time we were finally heading out of town, it was around 4:00 and time for the “rush hour” crawl. It was almost 5 hours to get through San Francisco and it didn’t really affect me at all…at all…at all. 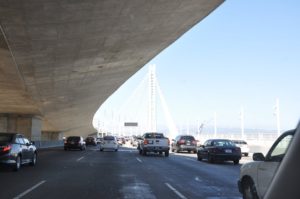 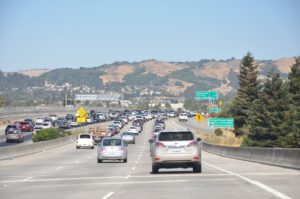 We arrived in Fresno around 6:30 or so, unpacked just what we needed for tonight and went back to another of our terrific restaurant finds–The Dog House Grill near Fresno State. We lucked into a parking space once again and had another fine meal.

We decided that we definitely want to come back and tour San Francisco…but this time, we will do it with San Francisco as our base instead of coming into it from another city…. We will add Yosemite National Park to that trip also!  🙂

Addendum: On August 5th, we finally received our toll bill for crossing the Golden Gate Bridge, and it looks like this: 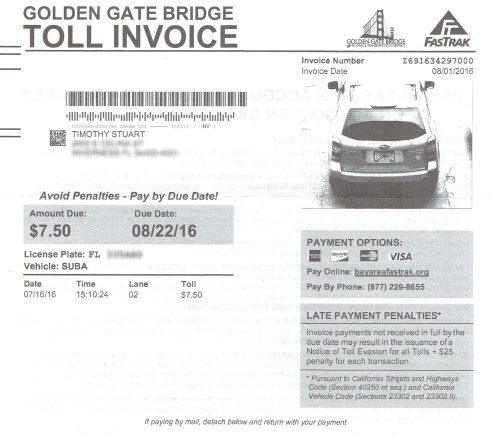